Multi-District Litigation (“MDL”) involves the transfer of similar lawsuits filed against the same defendant to a single district court. The purpose of MDL is judicial economy, allowing the state or federal system to provide a more efficient and expedient resolution of injury claims and causes of action filed by many different plaintiffs seeking damages against a defendant who has harmed each of them in a similar manner. MDL also works toward consistency in court decisions. 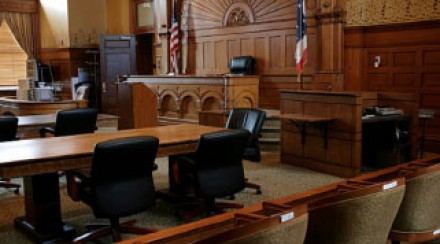 Wigington Rumley Dunn & Blair LLP’s attorneys have been honored to serve as leaders on several on Plaintiff’s Steering Committees for Multi-District Litigation as well as to advocate as lead counsel for the party plaintiffs.

Whether or not a group of lawsuits should be gathered together in a single court as MDL is determined by the United States Judicial Panel on Multidistrict Litigation or the Supreme Court of Texas. Once the particular court is chosen for consolidation, all the subject lawsuits are transferred to that court, with its presiding judge overseeing the MDL. At this time, a steering committee is formed by the lawyers representing all the plaintiffs in the various lawsuits.

In October 2014, Jeff Wigington was appointed by Texas State District Judge Robert Schaffer of the 152nd District Court in Harris County as one of five lawyers in the State of Texas to represent the plaintiffs in their consolidated Texas state court cases against General Motors, where injured victims sued for damages sustained as a result of faulty ignition switches recalled by GM in a variety of their motor vehicle makes and models.

Mr. Wigington’s involvement includes the representation of Sarah Phillips in her case against GM for a Harris County automobile accident involving a GM Buick Lacrosse which struck her vehicle, resulting in Ms. Phillips suffering severe and debilitating injuries from the car crash. See, e.g., Cause No. 2015-34903 filed as Sarah Phillips v. General Motors, L.L.C. and William Taylor IIin the 152ndJudicial District Court of Harris County, Texas.

Wigington Rumley Dunn & Blair founding partner Jeff Wigington led the steering committee in the Texas Multi-District Litigation involving claims for injuries sustained in the unintended and uncontrollable acceleration of Toyota motor vehicles. Wigington Rumley Dunn & Blair LLP’s initial involvement in the Toyota MDL involved claims resulting from a July 2009 accident in Corpus Christi, Texas, when the driver lost control of her 2006 Toyota Corolla. The car suddenly, and without warning, accelerated at a high rate of speed. The Toyota crashed into the rear of a vehicle, causing the Corolla to rollover. Although properly restrained, the driver suffered catastrophic personal injuries, resulting in her death.

Wigington Rumley Dunn & Blair LLP filed suit contending that the handling characteristics of the Toyota Corolla were defective and unreasonably dangerous due to the vehicle’s susceptibility to loss of control and suddenly and without warning accelerate to high rates of speed in foreseeable driving circumstances and consequent emergency.

Due to the large number of sudden and unintended acceleration claims filed in Texas against Toyota Motor Corporation, numerous lawsuits resulted in consolidation into MDL with Jeff Wigington selected as liaison counsel for the Plaintiff’s Steering Committee in October 2010.

For more information on Multi-District Litigation matters, please review our settlement history and read summaries of some of our past cases.