"We dedicate hard work, direct engagement, and aggressive tactics to every case, large or small." 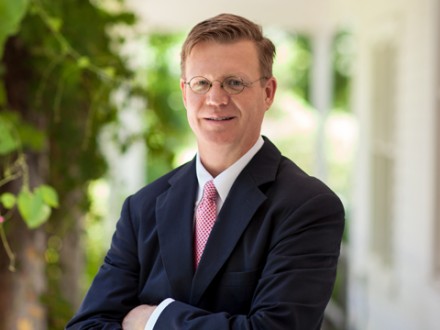 United States District Court for the Eastern District of Texas

United States District Court for the Southern District of Texas

United States District Court for the Western District of Texas

American Board of Trial Advocates (ABOTA)

David Rumley is a trial lawyer. For more than 20 years, he has been litigating personal injury and wrongful death cases in the areas of oil and gas, commercial vehicle accidents, medical malpractice and product liability in both state and federal courts throughout the United States.

He is Board Certified in Personal Injury Trial Law by the Texas Board of Legal Specialization. Fewer than two percent of lawyers practicing in Texas hold this distinction. David has been repeatedly recognized by his peers as one of the top personal injury trial lawyers in the State of Texas, being named a Texas Super Lawyer for more than 10 years and selected to be a member of the American Board of Trial Advocates, an organization recognizing the top 2 percent of trial lawyers within the United States with a then minimum requirement of at least 20 jury trials as lead counsel. He has also earned Martindale-Hubbell’s highest rating (AV) through a peer review evaluation recognizing not only his advocacy skills but his deep commitment to the ethical practice of law.

In his product liability practice, David specializes in defective tire litigation. He has handled more than 50 tire cases across the United States against all of the major tire companies.

With the discovery and development of the Eagle Ford Shale, David has handled dozens of cases against companies doing business in the Eagle Ford Shale and the Permian Basin. From drilling rig accidents, explosions and well-site incidents to fatigued drivers, 18-wheeler accidents and distracted driving, he has taken on the most powerful oil companies in the world and has obtained substantial settlements for his clients. Because he has litigated cases against nearly every major oil company in the Eagle Ford Shale and the Permian Basin, his clients benefit from his thorough knowledge of the practices and procedures of these companies and of other incidents that have occurred that can be used to establish liability against these companies for repeated and continued careless conduct.

In additional to personal injury and wrongful death cases, David’s practice also includes commercial litigation representing everyone from landowners against oil companies to homeowners against mortgage companies. His handling of dozens of commercial fraud and forgery cases against Clayton Homes, Inc., the largest manufactured home company in the United States, garnered national attention and was profiled in several major newspapers. This litigation culminated in a trial in 2009, where David served as lead counsel in Maria Trevino and Arturo Trevino v. Clayton Homes, Inc., CMH Homes, Inc. Vanderbilt Mortgage and Finance, Inc., in the United States District Court for the Southern District of Texas. He obtained a civil RICO, fraud and forgery verdict against all of the defendants. David continues to handle commercial litigation disputes between companies and on behalf of individuals, who have been treated unfairly by big companies.

Prior to forming Wigington Rumley Dunn & Blair, LLP, David joined the defense litigation firm of Brin & Brin, PC where he quickly made partner in three years. He graduated from St. Mary’s University Law School where he was distinguished by his selection to the Editorial Board of the St. Mary’s Law Journal. He is a member of the American Board of Trial Advocates (ABOTA), Texas Trial Lawyers Association, American Association for Justice, and the State Bar of Texas.

When not trying cases, David spends time with his family, from hunting with his boys to coaching baseball. In 2007, David and his wife, Sherry, opened the Rise School of Corpus Christi. The Rise School promotes an early intervention curriculum emphasizing special education, early childhood education and child development. The school which started with only a few children has grown so much that there is now a waiting list of children wanting to attend.