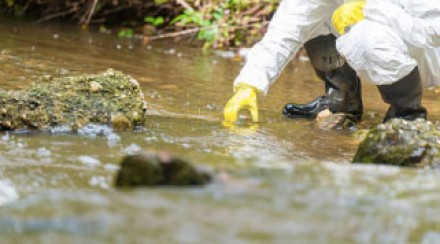 Our firm believes that our Texas heritage must be protected from corporate profiteers who through their greed for profits have a callous disregard for our environment.

Wigington Rumley Dunn & Blair LLP has built an excellent reputation for successfully pursuing damage claims involving land and leaseholds damaged by corporate actions including drilling operations or other conduct that result in:

Claims for contamination or environmental harm can be filed based upon state and / or federal law involving legal theories of strict liability, negligence, nuisance, trespass, and fraud. Specific federal legislation may come into play, including the National Environmental Policy Act (NEPA); the Environmental Quality Improvement Act (EQIA), and the Clean Water Act (CWA).

Whether or not the individual matter should proceed under state law or federal statute will depend upon the particular circumstances of the harm and there are occasions where remedies can be sought in both jurisdictions.

Of particular concern to our firm is the recent revelation that 100% of the sixteen (16) Texas coal plants which are required to monitor groundwater pursuant to the Coal Ash Rule are leaking toxic contaminants such as arsenic, boron, cobalt, and lithium, into groundwater at levels that would be unsafe for human consumption. For details, read Russ, Abel, and Ari Phillips. Groundwater Contamination from Texas Coal Ash Dumps: New Data Reveal Pollution Leaking from 100 Percent of Coal Power Plants With Available Records. January 2019, Environmental Integrity Project.

This environmental report also finds that almost all of the plants fail to meet the 2015 Coal Ash Rule insofar as they fail to have lined plant impoundments designed for the disposal of spent coal. Without correct lining of these storage facilities, leakage is inevitable.

The impact of this widespread groundwater contamination on the public health as well as its long-term environmental harm must be addressed. We look forward to being a part of bringing this wrongdoing to justice.

Wigington Rumley Dunn & Blair LLP’s position remains that our farm and ranch traditions are the very foundation of our state’s unique history and culture. The beautiful wilderness areas of Texas are the birthright of generations to come and it is our duty to protect them.

Our past environmental injury representations include:

In December 2016, the City of Corpus Christi was notified that the city’s drinking water was filled with toxic chemicals. Corpus Christi tap water was dangerous to drink. The specific toxin was found to be Indulin AA-86, a known carcinogen.

David Rumley of Wigington Rumley Dunn & Blair LLP thereafter instituted a series of claims against Valero in multi-district litigation seeking both actual and exemplary damages against the petroleum company for what was argued as act or omissions of “extreme degree of risk, considering the probability and magnitude of the potential harm to others of which [Valero] had actual awareness, but nevertheless proceeded with conscious indifference to the rights, safety, or welfare of others.”

For more on this severe environmental contamination case, read the Washington Post’s coverage in an article written by Derek Hawkins and published on December 16, 2016: “Corpus Christi’s tap water off limits after chemical leak. Schools, restaurants close.”

Las Brisas Energy came to South Texas with the idea of making money through taking the petroleum coke waste product from nearby refineries and burning it at a facility set up in Nueces County, Texas. Wigington Rumley Dunn & Blair LLP challenged the air permit for the proposed Las Brisas Plant.

Wigington Rumley Dunn & Blair LLP represented a coalition of clients made up of doctors, medical groups, citizens, and environmental organizations who shared a grave concern about the resulting environment contamination if Las Brisas was allowed to proceed. Air pollution from the intended burning of coal waste could both harm people and destroy the environment.

In an administrative trial, Wigington Rumley Dunn & Blair LLP’s advocacy saw the judicial panel render its opinion that Las Brisas Energy Center failed to meet its burden of proof and that the permits were denied.

For more details, see our case results discussion at Verdicts and Settlements.

For more information regarding Contamination Injuries and Environmental Negligence, please review our settlement history and read summaries of some of our past cases.