By 2017, the number of serious or fatal motor vehicle accidents had reached levels unseen in 50 years according to studies performed by the National Safety Council and the National Highway Traffic Safety Administration (NHTSA). According to the NSC, 2017 saw the “… steepest two-year increase in over 50 years” for motor vehicle fatalities. 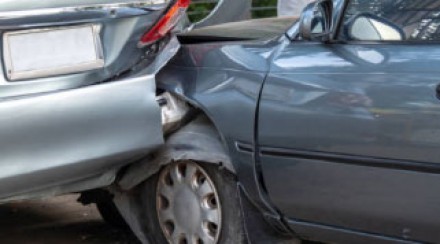 If you or a loved one has been harmed in an auto accident or car crash, then please feel free to contact our offices for a free consultation.

While safety advocates search for ways to make the roads safer, solutions have not been found for the things that are causing or contributing to the continued trend of auto accidents. Factors known to cause serious or fatal auto accidents include:

As for how safe the roads are for drivers in the State of Texas, researchers warn that Texans are at a high risk of being a victim of an auto accident. In the latest annual “State of Safety Report,” where all states were graded on protections given to drivers on state roadways, Texas was given a “D.”

Texas: the Most Dangerous State for Fatal Motor Vehicle Accident

Insurance companies keep track of traffic fatalities and their causes. Fatal accident claims and suits based upon severe injuries from a collision impact their bottom line. Therefore, research studies undertaken by insurers also provide important information about how dangerous our roads are today.

According to AutoInsurance.Org, Texas is the most dangerous place to drive in the country.

The insurance industry researchers warn that “…[e]ven though California had over 11 million more residents, Texas still had over 200 more fatal traffic accidents in 2016. What’s also alarming is that half of the vehicles on this list had their highest number of deadly crashes all occurring on Texas public roads.”

Their tally: Texas had 5,297 fatalities in motor vehicle accidents in 2016. In these deadly traffic accidents, three car makers dominate the list:

From this insurance industry perspective, Texas is the most dangerous place to drive a motor vehicle today. The Lone Star State is the highest risk for those who operate vehicles manufactured by Ford, Chevy, or Dodge.

The Most Dangerous Cars and Trucks on the Roads Today

This insurance study also warns that the following car manufacturers are notorious for placing dangerous makes and models on the road: Ford, Chevrolet, Toyota, Honda, Dodge, Datsun/Nissan, GMC, Jeep/Kaiser-Jeep, Hyandai, and Chrysler. However, their study does not break down the car makers into individual products (makes or models).

Another insurance study looks at claims made as a result of collisions in this country. TitleMax has published its own study of the most dangerous cars and trucks driven in the United States today. Their compilation is based upon (1) the claim frequency and (2) collision loss resulting from the accidents.

In the TitleMax study, the following ten cars were listed as the Most Dangerous to Drive:

Immediately after a serious motor vehicle accident, the victim and his or her loved ones will be faced with the immediate financial demands of emergency medical care and treatment; hospital expenses; surgery costs; rehabilitation costs; and long-term care and therapy needs. Unable to work, many accident victims must deal with the impact of lost wages and lost future earning capacity as they try and heal from their injuries and cope with their changed circumstances.

Pain and suffering are realities not only for the short term, but also may become a permanent part of the auto accident victim’s life, particularly if they have suffered injuries to their spinal cord or if they have sustained a traumatic brain injury.

For those who have been seriously injured or killed in an auto accident, state laws based upon negligence and products liability may work to provide financial support for these kinds of damages, as well as claims for damages sustained by the victim’s loved ones, such as loss of consortium. Wrongful death statutes provide for the auto accident victim’s surviving loved ones, covering their damages claims as well as the tragic realities of the fatal crash, such as funeral costs.

Personal taxi services known as ride-share programs, like Uber and Lyft, are popular in Texas. They are economical, fast alternatives to the traditional cab company or taking the bus. When someone becomes a passenger in an Uber car or a Lyft vehicle, then they are being driven by someone who is driving via the Uber app or the Lyft app.

The Uber driver, for example, must sign into the Uber app, logging into Uber before ride-sharing, in order to be operating as an Uber driver.

Once the Uber driver is logged into the Uber app, there will be a relationship established between the driver and the company. According to their website, Uber insurance covers $1 Million accident liability for passengers involved in an auto accident while riding in an Uber ride-sharing vehicle.

However, Uber does try and limit its exposure and liability in auto accidents involving Uber ride-sharing by asserting the accident was caused by misconduct on the part of the driver and he or she was an independent contractor.

This can make Uber accident claims more complicated than most. The Uber passenger may have legal claims to assert against (1) Uber; (2) the Uber driver; and (3) the driver of the other vehicle involved in the collision.

Wigington Rumley Dunn & Blair LLP has sued Uber for injuries resulting from an alleged sexual assault upon one of its passengers. For details, read our discussion of employer liability in company vehicle lawsuits as well as the following media coverage:

KSAT-12 San Antonio: “Bexar County woman sues Uber and SA driver whom she says raped her; Driver admitted to taking woman to his home, claims he didn't rape her,” written by Mary Claire Patton and Mariah Medina and published on February 8, 2018;

In Texas, every motor vehicle driver must have liability insurance coverage for his or her motor vehicle. Under Texas law, the coverage provides a maximum of:

For most serious or fatal car crashes, these mandatory minimums will not be enough to cover the damages. Understanding other legal avenues for compensation and remedies after a serous motor vehicle accident is important for justice.

Who Shares Liability in a Serious or Fatal Crash?

In a great many serious car accidents, other factors come into play that may bestow legal liability upon a variety of other parties. Defective parts in either vehicle may be the real cause of the crash. Dram shop laws may impose legal duties on bars, restaurants, or hotels that allowed a drunk driver to leave their premises and get behind the wheel.

Aggressive and experienced accident attorneys are able to review the particular circumstances of a severe or fatal auto accident and determine the scope of fault and liability as defined by state or federal law.

Getting Justice after Auto Accident or Car Crash

Wigington Rumley Dunn & Blair LLP has achieved multi-million dollar jury verdicts and substantial settlements based upon car crashes and motor vehicle accidents that were the result of any number of causes, from driver negligence to defective design or defective products.

For more information about Auto Accidents, including Uber or Lyft ride-sharing crashes, please review our settlement history and read summaries of some of our past cases.